May 21, 2017
After launching of Nokia 3310 with price tag of 3310 Rs telecom industry is witnessing some
interesting turn around of events. With the launch of Nokia 3310, Nokia proved that there is lot left in the feature phone segment industry.

In the world of smart phones with 3G-4G,Wi-Fi support and HD display, Nokia just pitched in
with a simple yet elegant phone.

India which is becoming the biggest market for smart phone devices has special connection with Nokia.
Around 40 percent of population still own a simple device with basic feature. and are comfortable with push button.
Nokia 3310 brings back the sweet memories of snake games,great battery support and rough and tough usage as compared to today's smart phone.

Nokia has maintained its curved screen display with excellent battery backup.It also comes with vibrant choices of colors that might appeal young & old. Continuing it's old features it has also upgraded itself to micros USB port for ease of charging. 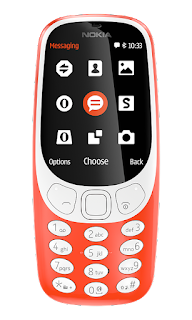 The only problems that Nokia can face in market is the price tag attached to it. At cost of Rs 3310 there are lots of competing smart phones in market which have more feature than Nokia 3310.

Most of the users in India have got addicted to Facebook, Whats-app and Twitter but Nokia 3310 has not upgraded to the same. Camera is limited to 2 megapixel which might not appeal young crowd.

So it would be difficult for Nokia to compete in real market as a primary phone but yet serve the purpose as a backup phone for people in India who carry dual phones.

December 13, 2011
As everyone is enjoying iPhone4s why Philippines people should remain behind,The Demand for iPhone 4s in Philippines has reached record levels the Globe Telecom Inc said with the new handsets arrival news the volume of orders is increasing day by day.Since the launch of iPhone 4s all world has gone crazy behind the Siri Effect.In a statement uttered by the Globe says the online pre-orders for the   iPhone4s are increasing in thousands.Apple may have delayed this but still the Philippine is crazy for this iPhone.The iPhone is gonna hit the Philippine market by December 16.  As per news Globe started taking pre-orders for iPhone 4s last December1 the same day rival Smart Communication Inc registered their site no doubt Globe has an exclusive deal with Apple over iPhone in their country.The Philippines is a part of third wave of countries where iPhone 4s will be launched. Many other countries Thailand,Brazil,Chile,Russia,South Africa,Malaysia,Turkey and Taiwan might rec
3 comments
Read more