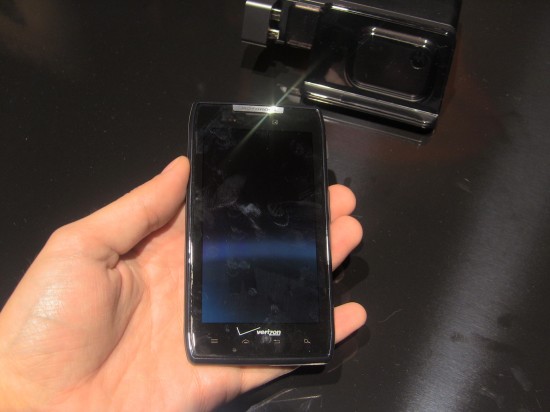 It was when the the Samsung Galaxy Nexus seemed set to steal the Android show, Motorola had to go and announce the Droid RAZR. Eventhough the Motorola Droid RAZR doesn’t come with a fresh new install of Ice Sandwich — the soon-to-be-unveiled update to Google’s mobile OS — but with a spec sheet including a 1GHz processor, 4G LTE connectivity, and a battery life of 12 hours (though not removable), there isn’t much to complain about with the new handset. The fact is that it comes only 7.1mm thick? I can’t emphasize how ridiculously thin this thing is. Even though the  bump out housing the camera sensor gets shaved down a few millimeters. 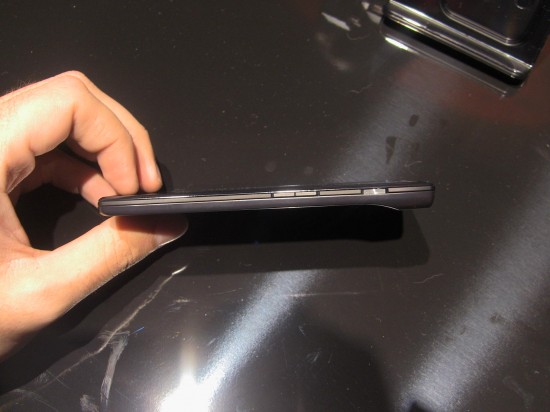 But still managed to held 1GB of RAM, a steel core for durability, and amazing Super AMOLED qHD display. The stylings of this device are just plain beautiful. The tapering glass of the display, a subtly textured back made of woven kevlar, and sharp lines make the RAZR a real treat to behold. The handset is everything you would imagine a marriage of the Droid and RAZR brands would create. 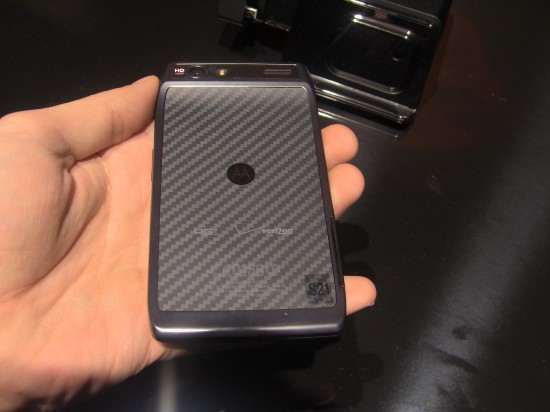 Talking about performance? That might  feature an Android version one behind the latest, the improvements Motorola has made to their custom user interface actually offer a rather compelling experience. We now get MotoCast, a solution for syncing your videos, images, and music to the cloud and quickly retrieving information stored on a connected PC. The RAZR will be among the first devices to offer HD Netflix video streaming via the devices HDMI output. The interface is is ultra responsive thanks to the ample processor power and RAM, and when you want to go for a more full-fledged computer experience just pop the device into a multitude of Webtop docks and accessories. The software there has been improved, too.

Droid Bionic owners, I can only say sorry. A couple more months of waiting would have brought you a vastly improved smartphone. While the Droid RAZR might get lost to the announcement of the Galaxy Nexus coming within the next 24 hours (at least for those that follow the tech world as closely as we do), the RAZR will be super appealing to consumers for its ultra slim design, brand recognition, and good looks. Oh, and it performs like a beast as well.