Personal assistant for phone is it really very necessary

October 21, 2011
In previous years there were so many  apps that were similar to iphone features as of Apple put it in the iPhone, But Siri has  become a successfully the reason behind this for surpassing the competition because of added features that don't exist in competitors like Google Voice Actions, Vlingo, Iris, and Speaktoit, and because of the incredible accuracy of Nuance's voice recognition. If you can find a quiet enough spot to use it, Siri has a wide variety of actions that can be pretty useful. 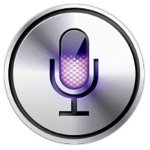 However, not everyone thinks that's the way it should be. Andy Rubin, senior vice president of mobile at Google, obviously doesn't have much reason to speak positively about features of the competition, but he has said that he doesn't think your phone should be a personal assistant. Andy said at AllThingsD, "Your phone is a tool for communicating. You shouldn't be communicating with the phone; you should be communicating with somebody on the other side of the phone."

Of course, as we mentioned, Android offers similar features to Siri, just without the digital response. It's more commands and not so much interaction as Apple is trying to create with Siri.