October 20, 2011
Everyone is excited about the new iphone4s and Siri but in this excitement a small mistake which has occured has been ignored by many users and that is all about the Security.Security firm like Sophos discovered that new iphone4s can be enabled and use even though when it is locked that also with it's voice activation services.
It could be an obvious security misstep or might done it purposely but may be due to this the sell of iphone4s might come down as it was in first week as it nearly cross 4.5million units.If any one of you have this iphone4s in hand one can try this security glitch feature easily.just go to settings>general>password lock.Enter your new password and confirm and then lock after setting it.
Normally when you access your iphone you would like to hit the home or power on button or swipe to unlock and then enter the four-six digit number you set as password.But in this case just tap the home button once and then hold down it to activate Siri.Thus hold down home button and Siri will reply to you "What can i help you with ?"

Simply say Call [Contact ].Siri will immediately access the phone's contact database and present you with dialing options.So it’s important to note you can receive calls on both the iPhone 4 or iPhone 4S without unlocking the phone, so at least half this functionality is intended. On the other hand, this means anyone who finds your phone can access your contacts and perhaps look up phone numbers of your friends, family and business associates. 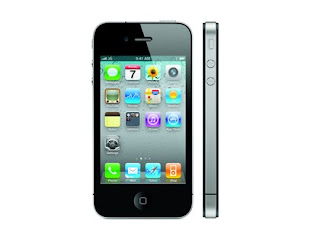 Siri can perform various other functions without unlocking like searching business numbers and music.But when it came to Web the reply from Siri was “I can’t search the web while your phone is locked. You’ll need to unlock it first.”

Also one must notice that check your phone settings as the default settings might allow Siri to communicate even though when locked.So it would be better to change the settings and allow siri to function when unlocked by passcode

December 13, 2011
As everyone is enjoying iPhone4s why Philippines people should remain behind,The Demand for iPhone 4s in Philippines has reached record levels the Globe Telecom Inc said with the new handsets arrival news the volume of orders is increasing day by day.Since the launch of iPhone 4s all world has gone crazy behind the Siri Effect.In a statement uttered by the Globe says the online pre-orders for the   iPhone4s are increasing in thousands.Apple may have delayed this but still the Philippine is crazy for this iPhone.The iPhone is gonna hit the Philippine market by December 16.  As per news Globe started taking pre-orders for iPhone 4s last December1 the same day rival Smart Communication Inc registered their site no doubt Globe has an exclusive deal with Apple over iPhone in their country.The Philippines is a part of third wave of countries where iPhone 4s will be launched. Many other countries Thailand,Brazil,Chile,Russia,South Africa,Malaysia,Turkey and Taiwan might rec
3 comments
Read more