Google Voice is back as bug gets fixed

October 22, 2011
Since Few days back a news from twitter came that a bug in the software was causing the app to crash whenever a user signed in also since the Mountain View based Tech Titan didn't want the problems to spread. But thanks to a new build of the software (1.3.1.1891 vs.1.3.0.1771), the problem with iOS 5 has been remedied and Google has put the app back on iTunes. The news of the apps return came via a tweet from Google Voice this source also allows to text source consuming 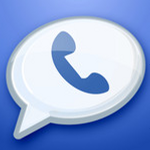 Since Google Voice allows you to text or call any domestic phone for free and make international calls at a favorable rate. Email messages can be transcribed and just one phone number will ring through to as many phones as you want. A new feature has been added which will let users access previously stored phone numbers without a data connection. All of those i OS users that depend on Google Voice will be happy to see its return to iTunes.